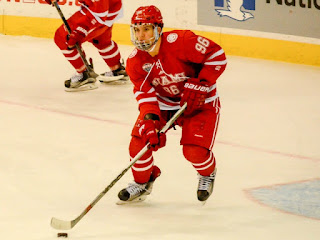 Roslovic was part of the Saturday NHL deal that sent him and fellow Winnipeg Jets forward Patrik Laine to the Columbus Blue Jackets, in exchange for forward Pierre-Luc Dubois and a third-round 2022 draft choice.

Drafted 25th overall by Winnipeg in 2015 after his second season with the U.S. National Team Development Program in Michigan, the six-foot, 187-pound Roslovic played his formative years with the Ohio Blue Jackets program. He skated the 2015-16 season with Miami, where he tallied 10 goals and 26 points in 36 outings with the RedHawks in his lone NCAA campaign.

The following year he turned pro with Manitoba (AHL), notching 13 goals and 48 points in 65 games while also making his NHL debut with Winnipeg. He split the next season between the AHL and NHL, collecting 20 goals and 29 assists for 49 points between the top two pro levels.

Roslovic, 23, joined the Jets full-time for the 2018-19 campaign, and to date has tallied 26-41—67 points in 180 NHL regular-season appearances, all with Winnipeg. He has also recorded five assists in 20 career Stanley Cup playoff contests with the Jets.

Providence skated to a scoreless tie at Massachusetts, Connecticut played to a 3-3 tie at Boston College, and Boston University edged visiting Maine, 3-2, in overtime. Merrimack later claimed a 5-2 decision at UNH.

On the women's side on Friday, New Hampshire won, 3-0, at Merrimack while Providence fell, 4-1, at Northeastern. The rest of this weekend's combined men's and women's slate can be found here.

The conference announced earlier this week that it was scrapping its season schedule in favor of a week-by-week model, due to the effects of the ongoing COVID-19 pandemic.

Former NCAA players were among the league leaders in several statistical categories as the National Hockey League completed its first week of the COVID-shortened 2020-21 campaign that began on Jan. 13.

Vancouver forward Brock Boeser (North Dakota) and Phil Kessel (Minnesota) were among those players tied for the overall NHL goal-scoring lead with four goals each. Montreal defenseman Jeff Petry (Michigan State) and Buffalo forward Jack Eichel (Boston University) were one point off the league pace with six points each so far this season, with Eichel leading all NHL skaters with six assists.

Petry led all NHL blueliners in scoring, with his his six points coming on two goals and four assists. Right behind him in defensive scoring was Vancouver's Quinn Hughes (Michigan) with five assists, tops among league defensemen.

In net, Cam Talbot (Alabama-Huntsville) of Minnesota and Casey DeSmith (New Hampshire) of Pittsburgh were tied for the league lead with two wins each. Philadelphia goaltender Brian Elliott (Wisconsin) was third in the NHL with a 1.31 goals-against average, and second with a .964 save percentage so far this season. 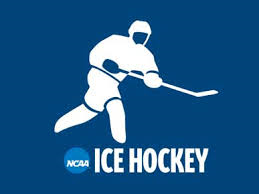 The top-ranked University of Minnesota men's hockey team suffered its first defeat of the 2020-21 season on Friday, to No. 12 Wisconsin by a 3-1 count as Robbie Beydoun made 35 stops for the victors. The Golden Gophers (11-1-0 overall) rebounded the next night to top the Big Ten rival Badgers, 5-3, as Jack LaFontaine made 29 saves. Wisconsin fell to 6-6-0 with the loss.

Michigan State rebounded from a nine-goal debacle on Friday at No. 9 Michigan to top the visiting Wolverines, 3-2, at Munn Arena on Saturday, as Josh Nodler scored for the Spartans (5-5-2) with 37 seconds remaining in regulation. Michigan, which got goals from nine different players in the series opener, is now 6-6-0.

New Jersey native Justin Robbins made 26 saves to win his first career start as Arizona State topped host Notre Dame on Sunday, 5-3. Senior forward Johnny Walker scored one goal and set up three others for the visiting Sun Devils (5-9-2), while also notching his 100th career point. No. 18 Notre Dame fell to 5-6-1, after Dylan St. Cyr made 25 saves on Friday to pick up the win in the Fighting Irish's 5-4 triumph.

In an ever-changing Hockey East schedule, No. 2 Boston College split a home-and-home series last weekend with New Hampshire, with the visitor triumphing each time in overtime. UNH's Kalle Eriksson scored in sudden death in the opener on Friday, while Marc McLaughlin connected for BC in the extra session on Sunday.

On Friday, Boston University made its long-awaited debut after battling COVID-19 through the fall and early winter. The Terriers fell to No. 16 Providence, 7-3, on Friday, before returning the favor on Saturday with a 6-4 victory in Rhode Island. David Farrance led BU (1-1-0) with a goal and four assists over the two games, while Ben Mirageas did the same for the Friars (4-4-2). 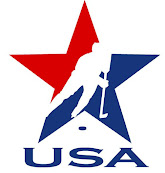 Alex Turcotte (Wisconsin) deflected home a shot midway through the first period tonight, and Trevor Zegras (Boston University) put in a rebound early in the second stanza to lift the United States to a 2-0 win over host Canada in the gold medal game of the 2021 IIHF World Junior Championship in Edmonton, Alberta.

Spencer Knight (Boston College) finished with 34 saves for the Americans in recording his third shutout of the tournament, and earned U.S. Player of the Game accolades. Zegras, who also assisted on Turcotte's goal, finished as the event's top scorer with seven goals and 11 assists for 18 points, and was named tournament MVP as the U.S. won its first WJC title since 2017, and fifth overall.

Team USA was guided this year by head coach Nate Leaman (Providence), who became the third American head coach to win a WJC gold medal and an NCAA championship in his career.

Devon Levi (Northeastern) made 19 stops for 2020 champion Canada, which had outscored its WJC opponents this year by a 41-4 count prior to the gold medal game. Also on Canada's roster with NCAA experience were Alex Newhook (Boston College) and Dylan Holloway (Wisconsin).

Finland, the 2019 WJC champion, defeated Russia, 4-1, earlier on Tuesday in the bronze medal game to place third this year. Canada will host next year's event in both Edmonton and Red Deer, Alberta.

Arthur Kaliyev broke a 3-3 tie with just 76 seconds remaining in regulation, and the U.S. National Junior Team held on the rest of the way for a 4-3 victory over Finland in a semifinal game tonight at the 2021 IIHF World Junior Championship in Edmonton, Alberta.

Alex Turcotte (Wisconsin), assisted by Kaliyev, staked Team USA to a 1-0 lead midway through the first period, before Finland responded just over a minute later to tie the score. The Americans then got second-period goals from John Farinacci (Harvard) and Matthew Boldy (Boston College) in the second stanza to take a 3-1 lead after 40 minutes. Finland then knotted matters once more, on two goals less than five minutes apart in the final frame, which set the stage for Kaliyev's late heroics.

Spencer Knight (Boston College) made 33 saves for the Americans, who will now face WJC host and defending champion Canada on Tuesday night (9:30 p.m. ET, NHL Network) in the gold medal game. Canada advanced to this year's championship contest with a 5-0 win over Russia on Monday, with Alex Newhook (Boston College) notching the game-winning goal for the Canadians. Russia and Finland will also meet tomorrow, in the bronze medal match.

The U.S. National Junior Team is headed to the semifinal round of the 2021 IIHF World Junior Championship. The Americans outlasted Slovakia, 5-2, in a quarterfinal round match on Saturday evening in Edmonton, Alberta.

Cole Caufield (Wisconsin) scored what turned out to be the game-winning goal for Team USA in the second period, before Slovakia eventually cut the American lead to 3-2. John Farinacci (Harvard) then scored his second goal of the evening on a wrap-around with less than five minutes remaining in regulation, to make it 4-2, before Matthew Beniers (Michigan) salted matters away with a late empty-net goal.

Arthur Kaliyev also scored for the U.S., which got 16 saves in net from Spencer Knight (Boston College), and two assists apiece from Bobby Brink (Denver) and Trevor Zegras (Boston University). The Americans will now face Finland, a 3-2 quarterfinal winner over rival Sweden, in a WJC semifinal-round game on Monday.