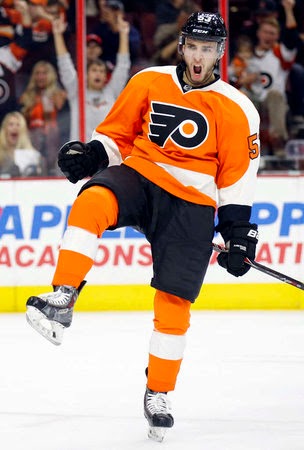 The Ghost has arrived on Broad Street in time for Halloween.

Former Union College defenseman Shayne Gostisbehere, who helped the Dutchmen to their first-ever national title last spring, made his NHL debut on Friday evening as the Philadelphia Flyers defeated the visiting Detroit Red Wings, 4-2, at the Wells Fargo Center. He was drafted by the Flyers in the third round (78th overall) in 2012.

The 5-foot-11, 170-pound Margate, Florida product played in three games with Lehigh Valley (AHL) before being recalled to the parent Flyers late last week due to injuries on the Philadelphia blue line. He was a minus-1 with one shot on goal in just over 12 minutes of ice time against Detroit.

Gostisbehere, a Top 10 finalist for the Hobey Baker Memorial Award as the NCAA's top player last season, registered nine goals and 25 assists for 34 points in 42 games as a junior at Union. He also had a goal and two assists, along with a plus-seven rating, in the Dutchmen's 7-4 NCAA championship game win over Minnesota in Philadelphia on April 12. He posted a pair of assists in a 5-4 NCAA semifinal victory over Boston College two days prior.

Gostisbehere, 21, who prepped with the South Kent School prior to enrolling at Union and helping the Dutchmen to multiple ECAC crowns, finished his three-year college career in Schenectady with 22-60—82 points to go with 85 penalty minutes in 118 total collegiate outings. He also played his first two pro games with Adirondack (AHL) last spring, and has two assists in five career AHL contests to date.

He is expected to remain with the Flyers on a day-to-day basis.
Posted by RJU at 1:24 PM No comments: 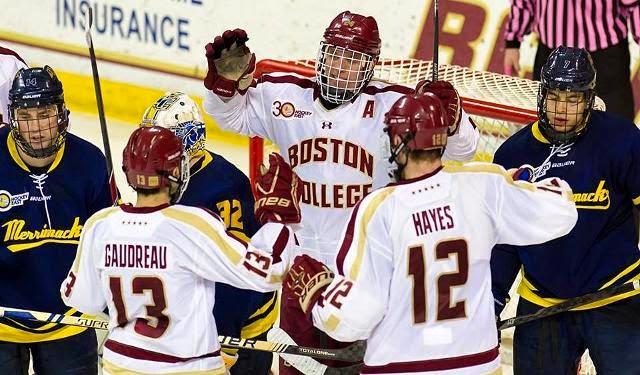 A pair of former Boston College linemates celebrated their first goals of the 2014-15 NHL campaign on Sunday.

2014 Hobey Baker Memorial Award winner Johnny Gaudreau of the Calgary Flames scored on a wraparound against Winnipeg and also added an assist in a 4-1 win at the MTS Center in Manitoba. He recorded his first career NHL goal in last season's finale against Vancouver just after turning pro.

New York Rangers rookie forward Kevin Hayes followed up his own rebound and wristed it home in a 4-0 victory over visiting San Jose at Madison Square Garden. It was the first goal of his pro career and came in his fourth outing with the Rangers, with whom signed as a free agent in the offseason

Gaudreau left BC a year early after leading all NCAA Division I players in scoring last season as a junior, tallying 36 goals and 44 assists for 80 points in 40 games. Hayes posted 27-38—65 points in 40 outings as the duo paired with right wing Bill Arnold to help the Eagles to a Hockey East regular-season title, an NCAA Northeast Regional crown, and a berth in the NCAA Frozen Four in Philadelphia. All three were also members of BC's 2012 national championship team.
Posted by RJU at 9:14 AM No comments: 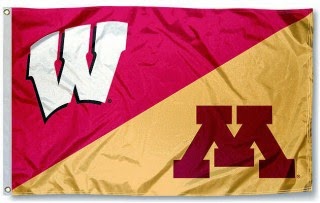 Minnesota is the top-ranked men's team in NCAA Division I ice hockey, while Wisconsin is No. 1 in the women's Division I ranks, according to the most recent USCHO.com polls released on Oct. 13.

Minnesota began its 2014-15 campaign by winning the Icebreaker at Compton Family Ice Arena in South Bend, Ind. over the weekend. The Golden Gophers edged former WCHA rival Minnesota-Duluth by a 4-3 count on Friday, before blanking ECAC opponent Rensselaer by a 3-0 score on Sunday. Kyle Rau led the Gophers with a goal and three assists over the two games, while Hudson Fasching and Seth Ambroz contributed game-winning goals, and Adam Wilcox stopped 46 of 49 opposing shots.

Wisconsin swept visiting Ohio State by 6-0 and 3-0 scores in a WCHA series last weekend in Madison, Wisc. Brittany Ammerman scored two goals in each game for the Badgers, while Ann-Renée Desbiens stopped all 46 shots that came her way at La Bahn Arena.
Posted by RJU at 2:35 PM No comments: 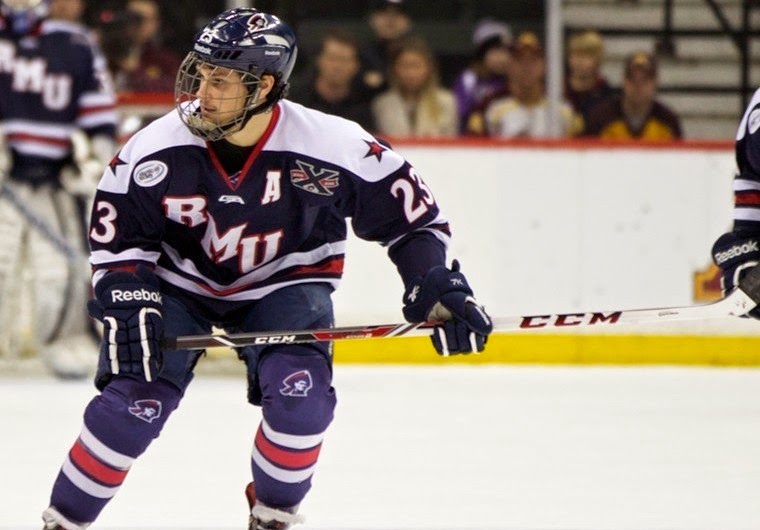 Last week USCHO published my outlook on 10 forwards to watch this season in men's NCAA Division I hockey. From 43-point freshman Sam Anas (Quinnipiac) to 31-goal scorer Cody Wydo, the full list can be found here.
Posted by RJU at 7:02 PM No comments: